What’s up, guys, today, we’re going to be taking a look at the rock space router. So this is a smart router, and we’re going to find out if you need in addition to a router for 50 bucks and all the cool stuff that comes with this. So let’s go ahead and unbox this real quick and see what the setup is like. You can see the video of unboxing at the end of this article.

Links will be down below if you do want to purchase. Alright, so let’s get this out it’s a very cool looking router, so they give you an internet port and your charging cable. That’s pretty much it. It looks very cool as you can see it looks very gamerish, go great with a gaming setup as well, and I said Internet port, charging cable.

Let’s talk about some of the features without getting too complicated, so this is great for a home like a five-bedroom home, so if you have a problem with you know Wi-Fi in your house kind of low connectivity, this is an excellent router for that. It’s also a perfect router for you if you have a lot of people just like I’m going to set it up at my parent’s house.

They usually have like eight devices on the internet, and if you know the slowdowns when everybody jumps on if somebody is streaming and playing the game or whatever, then this router will help with speed. So you do have that on here and gigabit connectivity so that it will make your internet 10x faster, is what they’re claiming. You’ve got the WPS one button right here, your on/off switch and then you have your Lane imports.

So this is one gigahertz 64-bit and eight gigs of RAM. On this guy and like I said you have that boosted coverage. I  have parental controls, and basically, we’re just going to plug this into the modem, so you don’t have to do anything too technical. You plug it up so I’m going to go ahead and do that and I’m going to go ahead and test out these speeds but first let’s test out the speed of this router because the Wi-Fi I believe in this area kind of sucks.

So there it is twelve point nine for the download megabits then we have the upload at eleven point five. All right guys so we have the router set up and it’s straightforward, you pretty much just put in the internet port into your modem and then you go ahead and put the password in. 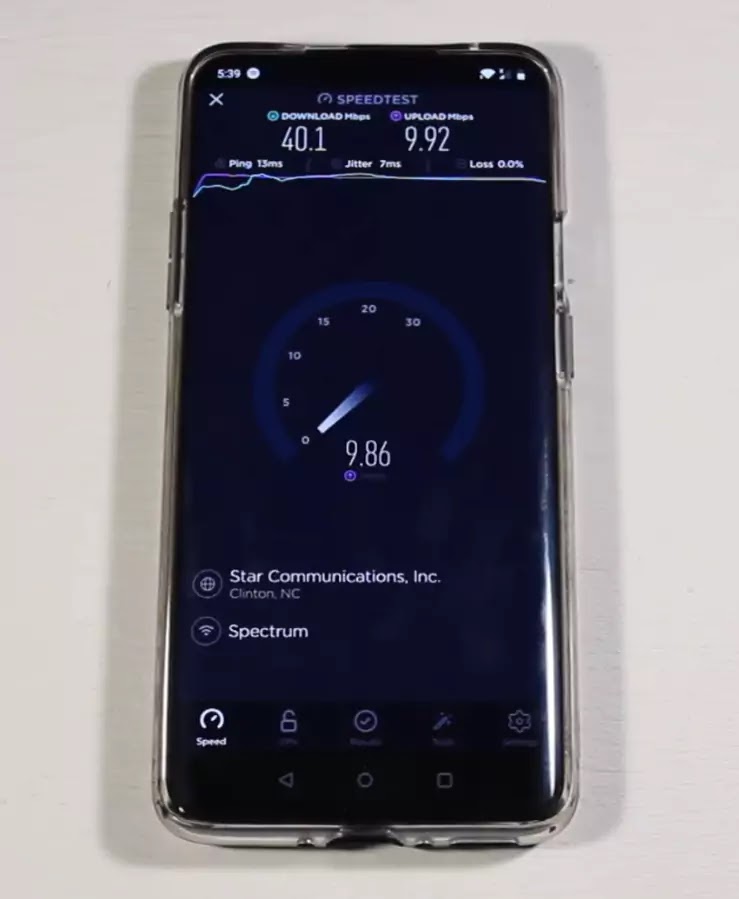 If you want to log into the router they have that one back as well it’s the same IPs. All right going to hit go and as you can see look at the jump here look at that vast rise, crazy, so our area is notorious for having like stupid bad internet and look at how one little router made a huge difference. We went from what was it 12 to 40 point one.

Download ridiculous in nine-point nine two, that’s okay for the upload speed. Still, that download speed that jumps tremendously now my internet used to sort of like glitch up during 4k streaming, and this router does help with that. So I was excited about that so that you can watch 4k content.

Now, I don’t have the most reliable PC, so I know graphics cards and CPU have a lot to do with it. Now like I was saying with gaming, you will notice if you’re having you know stuttering problems, you will be able to have that fix with an additional router something that you know I was waiting on. You know getting but I’m glad that I got the opportunity to review this because it does make a big difference especially like I said playing games if you’re in the area where the internet isn’t so good and yeah just watching videos and stuff.

This is helpful like I said when everybody jumps on the internet. This will also be able to handle that without slowing down alright so as you can see, the setup process was straightforward. You pretty much plug the internet port in and like I said the password and stuff are at the bottom of the router so this is a must pick up awesome.

I’m delighted, and I was able to review this guy because it does make a big difference with download speed. Also, you know the streaming content gaming or whatever it will improve your internet experience so if you’re using the stock router, I’ll consider picking this up. The link will be in the description, and I will catch you guys in the next article.